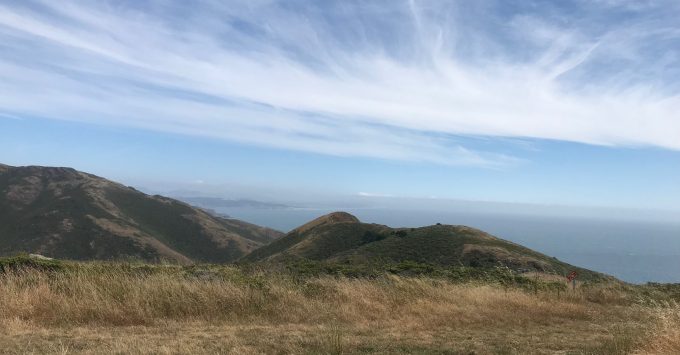 Almost two months ago this week, my son and I were in a major car accident. A driver didn’t see a stop sign at a major intersection, and plowed into us going full speed (we were “t-boned”). The air bags went off; the car was totaled. My son didn’t go to school for weeks. We were shaken up, but it could have been much, much worse.

Though I was bone tired for weeks afterwards, a strange thing happened. Within 24 hours I was making lists of the things I had been wanting to do in the near future, but hadn’t yet. My 90 day bucket list. And on the flip side, I was clear on which commitments that I was going to drop right away, either because I physically wasn’t up for it, or because I suddenly understood that they were not important to me at all, or not nearly as important as the things that were on my list.

Despite, or perhaps because of, my physical injuries, I had an energetic reset.

Within a week I had written four sections of a new online course that I’ve been talking about creating for a year. I said yes to some interesting new client projects, and recommitted to a few existing projects. I looked ahead to these summer months when I was feeling better and understood how I’d prioritize work and family trips, and hosting friends for dinner.

And the reason I was able to free up all this energy was I finally closed the door on a side project I’d been pursuing for more than six months, that was not only going nowhere fast, but was distracting me to the point of sucking all the creative juices out of me. The accident put this all in perspective. This dog wasn’t going to bark up that tree no more.

Once I let go of that pursuit, I literally felt unleashed to go after juicier personal and professional projects. My neck and back still hurts a bit, but I feel great.

What about you? Are you running with passion toward the pursuits ahead? Or you are being dragged down by something, and it’s time to let go? Or is there unfinished business your mind needs to wrap up?

I first learned about the concept of “Open Loops” from the Getting Things Done framework. [Arkus co-founders have been exploring a collaboration group and podcasts around this framework for Salesforce professionals].

Open Loop = anything pulling at our attention that doesn’t belong where it is, the way it is – David Allen

Getting Things Done is fundamentally a task-management / productivity framework, but I think it’s highly relevant for more meta-concepts in our lives. Because unfinished business can be a serious open loop for us that not only pulls at our attention, but zaps our energy.

For the past five years, my good friend has been talking about finishing up her master’s degree. The pain of starting and not finishing the master’s program, and the debt she’s incurred along the way, literally weighed her down. Due to a whole host of factors – becoming a single parent, running out of money, needing to go back to work – she left her program early. And she’s been talking about finishing it ever since. Not because she’d gain significantly more knowledge or relationships in those last few classes – but because she wanted to finish it. The degree was unfinished business.

And this spring, with enormous pride, we celebrated my friend walking across the stage and getting her degree after finishing her last few classes this semester. This success was so sweet. And now suddenly my friend is applying for new jobs, finally launching her own consulting business, and running a fundraising campaign for a local nonprofit.

What do you need to finish to free up energy in your life? Commit to get it done. Not all the things, all at once. This thing, the one that hovers over you. You can do this.

That side project I mentioned earlier – the one where I finally decided this dog wasn’t going to bark no more? It felt worthy, and crazy complex enough to be interesting. I’m a sucker for a good challenge. And the more I stepped into exploring it, the more I got mired into the machine of this particular corporate environment, and the greater the personal hit to my business income and even more critically, to my energy.

When I finally decided to close the door – not reach out to just one more person, nor say yes to one more meeting, nor let things unfold for a few more weeks – I had an energetic boost within days.

There’s a popular book out there right now called the Year of Yes – but for me, stepping into my bad ass self wasn’t possible until I had the Month of No.

This open loop was only closed by tossing it firmly in the trash, and crossing it off completely.

What do you need to decide that you’re not going to do? Perhaps it’s something that someone else has put on your list? Or is it something that once felt right, but is now leading you away from your strong, energetic self? Toss it out. Not out of fear, or unworthiness. Toss it out from knowing that this is no longer serving you. It will feel great.