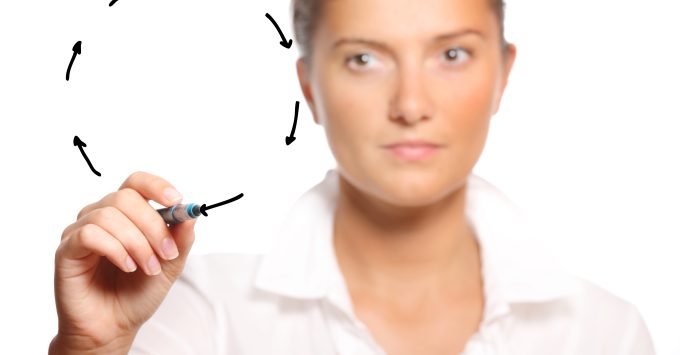 I was in an engaging keynote last week at the Salesforce.org partner summit, where Phillip Crockford shared many leadership nuggets. One of the things he spoke about was the need for leaders to move their teams from “execution” mode to “learning” mode to be most effective. This really resonated with me and others in the room – that in times of high stress, it’s easy as a leader to slip into “Let’s get this done” and “This is how we’ll do it”, as opposed to creating a learning environment where teams work together in a constantly shifting environment.

Creating a collaborative, learning culture where others are viewed as valued partners takes work, and intention.

And, especially for those of us leaders who have needed to fight harder to be heard in any given situation, it also takes serious boundary-setting. The prerequisite for collaboration is an atmosphere of trust and respect. And in some of our workplaces, simply because of the fact that we are women (or a person of color, or both, or gender non-conforming) that currently does not exist.

Boundaries are the prerequisite and the foundation for a collaborative culture.

Up until very recently, I confused collaboration with making everyone feel good. Creating a safe space meant taking care of other people and their feelings. And that has been a recipe for stress and ineffective leadership. Because, as much as my midwestern heart hates to admit it, not everyone is going to go with the program.

I had a good conversation with a woman leader whom I respect and she told me a story about coming into a new team, and establishing a collaborative culture. She set a vision for the future, talked about the ways they were going to work together, and most people were excited and reenergized. Except for one. He was consistently not showing up, and not inviting her to meetings as requested. She had a conversation with him and called out the behavior she noticed “when you did this, that was very disrespectful to me.” Nothing changed. So she had one, final conversation. At this point she was clear with this person that he would get fired if nothing changed. And she asked him “What are you going to do differently? I need you to tell me.”

Dr. Henry Cloud wrote a work on Boundaries for Leaders where he expanded my understanding of boundaries – which before I had thought of as not letting someone step on my toes. Instead, he writes, boundaries are two-fold – what you a) create and b) what you allow to exist.

The very first step in creating a collaborative culture is defining what you create, and then drawing hard, agonizing lines around what you allow to exist. And for women leaders, we need to spend twice as much time and energy doing so, because we will run into feet-dragging and opposition.

3 Steps to Start Setting Boundaries as a Leader

I’ve spent a long time as a developing leader not trusting what I’ve noticed. Was he really being passive aggressive in that meeting, or was he just having a bad day? Is my dog really cowering in fear when the dog walker arrives? The answer is yes. I’ve spent years discounting what I’ve noticed. Noticing is scary, because once our brains become aware of the truth of something, we need to act – and that takes tremendous courage.

The other mistake I’ve made as a leader is “letting things go” for the greater good. This isn’t the battle I’m going to fight now, I think. I have bigger issues at stake. And I’ve realized, and I continue to realize, that it’s the small moments that build up over time. Calling out a broken commitment – “You said you’d come into the office twice/week, and you’ve missed the mark this week” avoids future resentment and holds the line of what you hold as important (a culture of collaboration).  Naming something directly – “when you said this, that was really disrespectful” is hard but way more effective than letting it go. Boundary-setting takes tough conversations, and it can be exhausting. But I can tell you from experience that living with the stress of not setting boundaries is even more energy-draining for us as leaders, and for the whole group.

Boundaries mean that we are refusing to allow something to exist that goes against our core values, or our vision for ourselves and our teams. Yet empty threats are just that – empty. If someone on your team is on a performance plan for two years to modify their behavior at work, that performance plan is not working. Sometimes we don’t have the agency to fire someone, or change the dynamics of a board or group with whom we are in relationship. But we do have agency over ourselves. Even if you can’t move right away, commit to set the wheels in motion.

Boundary-setting is a daily practice for me. What do I create in my life, and what do I allow to exist? The work is hard, and I’m still practicing. The answers are freedom!