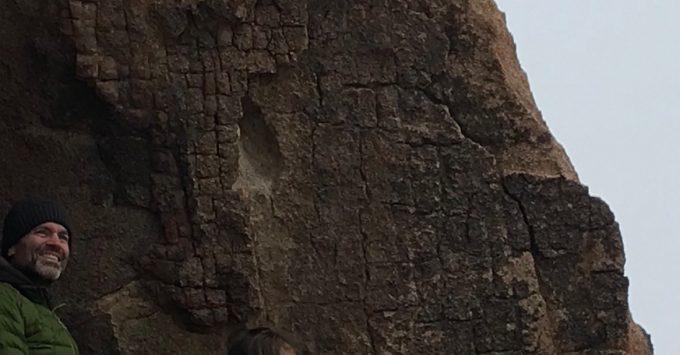 I’ve heard my good friend Emile tell the story of his time in Northern Ireland more than once. He spent a summer in his twenties volunteering for a summer camp that brought together kids from Protestant and Catholic backgrounds at the height of the “troubles”. The weeks were full of great activities and bonding, and the kids really enjoyed each other. They were intentional about the goal of the camp to forge more understanding and peaceful relationships, and it seemed like it was working. And then, at the very end of the summer, a fight broke out between two kids, and the entire camp divided into Protestant and Catholic lines, and joined in the fray.

Emile was distraught. What if everything they did instinctually to cultivate peace didn’t cause lasting change? And if that summer camp didn’t work, what interventions did?

That was the moment that Emile began his journey to become a neuroscientist, with a focus on peace and conflict.

Emile and colleagues have studied peace and conflict in countries around the world – Israel and Palestine, Hungary, Colombia, and even the United States. They uncovered detailed research showing that different parts of the brain light up when thinking about dehumanization (a group is not as “civilized”) and that it’s different than simple dislike.

The past few months I’ve been torn up by the divisiveness in our culture in the United States, and our apparent inability to have conversations with each other. Many of us are asking each other, not only how did we get here – but how do we move forward as a country? This is my simplified summary and my interpretation of Emile and his peer’s research that speaks to the current moment.

Signs of Hope from a Neuroscientist’s Approach to Peace

1. How Much we Hate the other Group depends on how much we Think they Hate Us

My friend’s middle schooler said it best. “Well, I don’t like her” she told her friend on the phone. “How come?” the friend asked. “Well – I’m pretty sure she doesn’t like me.”

Emile has a big word for this – meta-narrative. As humans, we build shared feelings against or toward a person or group based on our perceptions.

In a study he co-authored, published in June 2020, Emile found that Democrats and Republicans were equally subject to thinking the other group hated them, which led to strong negative feelings that went beyond actual policies – “a consequence of shared psychology rather than merely a consequence of divergent ideological convictions.”

This means that while stealing the other political party’s yard signs, or denouncing how much we detest another group might blow off steam, it leads to more extreme conflict as it reinforces perceived hate among groups.

The Good News? An unexpected act of kindness can often be the bridge to crack through these meta-narratives, as our brains comprehend that we’re not as hated as we fear. That may be why particular moments of kindness are often referenced when someone makes a decision to leave an extremist group.

Emile’s research has shown that more comprehensive group interventions – including videos documenting that most Muslims living in the Middle East don’t hate Americans, for example, can lead to decreased negative feelings of Americans toward Muslims in the Middle East (ie – “they don’t hate us as much as I thought they did”).

2. Dehumanization Plays a Big Role in Conflict – greater than Dislike

Dehumanization is using language that refers to groups of people or to an individual person as less than human. Dehumanization is also a strong predictor of aggressive outcomes, which means that those of us – including my mob of suburban moms – actively work against name calling among our children and are greatly disturbed by the current overflow of dehumanizing language in the public square.

When our current President calls the VP candidate of the other political party a Monster, many folks are correctly concerned at this overt dehumanization. But dehumanizing language isn’t relegated to one political party, as the Emile and his peer researchers found:

Dehumanization is also particularly strongly correlated, among both Republicans and Democrats, with support for spiteful activities associated with toxic polarization… Research with political partisans shows that dehumanization of outgroup partisans is not relegated to those on the political right (e.g., Republicans) but is demonstrated just as strongly by those on the left (e.g., Democrats). (Exaggerated meta-perceptions predict intergroup hostility – see full citation below)

This paper found that while the analyzed group of Democrats was less likely to dehumanize marginalized groups, Democrats saw dehumanization as legitimate when applied to the “correct” group (i.e., Republicans) – what they refer to as the “outgroup” (and this toxic polarization holds the other way around too).

The Good News? Many folks I know, from all sides of the political spectrum, are rejecting dehumanizing language both originating from and pointed toward the people within their tribe, as well as originating from and pointed toward those outside their tribe. Average folks are demanding accountability from our leaders about how we talk about others — particularly marginalized individuals (like women in politics or the judiciary), and groups of people — like immigrants or those of the other political party.

3. We think our Views are Much Further Apart than they Actually Are

In addition to thinking that other groups hate us, we often think that those groups hold more extreme positions than they actually do. This holds across party lines as well – that we perceive differences much greater than those that actually exist across a number of issues.

Evidence from representative samples of Democrats and Republicans in 2019 reveal similar results, with both sides perceiving ideological polarization to be nearly twice as great as it is in reality across a number of social issues. (The Prime Psychological Suspects of Toxic Political Polarization  article – see full citation below)

The Good News? When we’re given opportunities to visually see how much the positions overlap, or be able to have a conversation with someone from another tribe where we can find common ground, we’re able to break through some of the deadlock. Those regular folks’ positions aren’t nearly as extreme as we fear, and we hold many shared goals.

Friends – though I’m hopeful, I have some heart-breaking news to share. Our dear friend Emile who pioneered all this research died last month after a year-long struggle with brain cancer. I’ve been working up to writing this post for some weeks now.

He was the man who taught me how to respect my opponent, and gracefully lift her up in a tackle and deposit her on her back, stealing the ball in the process. As my friend Rose said – he taught me how to “be a badass and still be gracious about it”. He was an amazing coach, scientist, husband, and father to two young children. He was my husband’s best friend.

Emile would have been 48 years old today.

Emile is the reason why, though I’m overwhelmed with fatigue at the pandemic and homeschooling and a toxic political environment, I’m going to show up and demand that our leaders use civil discourse and emphasize where we overlap rather than our differences. It’s also why I’ve volunteered for deep canvassing conversations – showing respect to the person on the other end of the conversation – which has been meaningful and unexpectedly spiritual. Emile cared deeply about putting his research in action – for peace and resolution of conflict.

Our work to heal our nation doesn’t end when the 2020 election is over, or on inauguration day. But neighbor to neighbor, parent to parent we can hold our leaders accountable and build the future we crave together.

With outstretched arms – holding both grief and the joy that originated it,

Peace and Conflict Neuroscience Lab – where Emile was director, at University of Pennsylvania