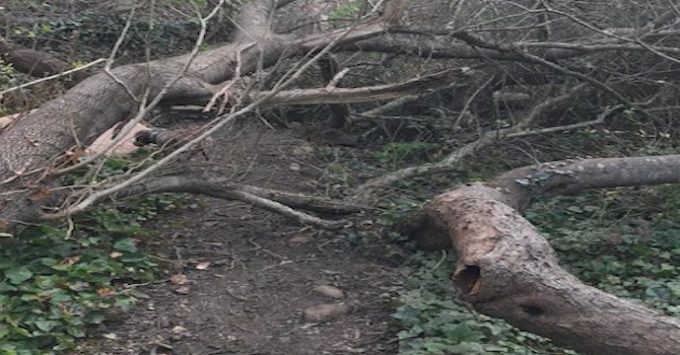 Within the past few weeks, I was the recipient of a threat. I was asked to redact something I had said publicly, or risk getting flagged for a violation for an award I had received. Never mind that this person had no authority to flag such a violation, or that their grounds for asking me to redact were questionable. I was, in PG language, peeved off.

What was interesting was the emotions that I observed in my body, that I can only describe as my hackles being raised. I felt my heart beating fast, and a literal physical reaction of wanting to lock in and fight.

And then, with some detachment, I followed the path of the threat to its logical end – and determined that I didn’t care so much if such award were taken away. And I also learned something else, that is a universal truth – that even if such threat were never realized, now, suddenly, my relationship with the person making the threat was changed. I understood that I fundamentally don’t want to be in a business or personal relationship with people who threaten me. And who does?

So it was with heightened interest that I watched one of the most famous businesspeople of our time, Jeff Bezos, recently respond to allegations of blackmail and threats in a highly public way in this medium post. I don’t condone anyone having extramarital affairs, period. But I appreciate courage, especially in the face of threats and extreme situations. As leaders these are lessons all of us need to double-down to learn and muscles to cultivate.

Understanding the Desire to Use Threats as Leaders

The important thing to understand is that all of us, at some point or another, will have our minds come up with some delicious way that we can “get back” at someone else, or control their behavior. At my worst, I’ve rehearsed scenarios where I rightfully end up on top. This is our wounded egos talking, and the first thing to recognize is that it’s perfectly normal. Then, if we want to be effective leaders, we must recognize those moments when they occur, and mindfully put that ego who wants to issue threats back in the box where it belongs.

1. Threats and Boundaries are not the same thing

Threats at their core are a knee-jerk reaction – if you do this, I’ll come down with the hammer on this other thing. Boundaries are different – they are what I will tolerate in my space, or in the places I manage. They also, once set, can be enforced with a measure of dispassion that doesn’t include the emotional charge of threats. For example: hateful language is not tolerated in this community collaboration space that I manage – any accounts using such language (with examples) will have their post taken down, and given one warning, and then have their account suspended. Sometimes as leaders we won’t have agency over all the pieces that affect us. In those cases, the boundaries we set are around what we tolerate toward our own selves – and having the agency to leave that role, or organization.

2. Threats reflect a status of powerlessness

Typically if a person or entity is making a threat, they are lashing out in fear and powerlessness. It may be a reason to look upon them with compassion (but still set extreme boundaries with them). But it’s also a reason not to use threats. For example – in a salary negotiation, for a raise or a new position: “If you don’t pay me more, I’ll leave!” is a threat. Better to have a real offer in hand, that I would take, and dispassionately offer it as information, in the context of fulfilling my own needs. Threatening to leave is a fast-track to undermining any remaining sense of shared purpose.

3. Threats in a Negotiation will always impact the relationship

Once I told a CEO that if they didn’t get their rogue salesperson under control they’d lose their entire investment in the project I was implementing. If there were ever a time that I saw the hackles raised in another person, and their literal demeanor go into fight mode, this was it. Threats, even if reflecting information we see as true, always evoke the animal fight reaction. And, they impact the real trust of that relationship. I repaired this relationship somewhat, but never back to a place of full trust. Now I continue to practice pausing before I speak and censoring any desire to utter threats when they brew up in my mind. I don’t want to be in relationship with anyone who threatens me – and neither should you.

Responding to the Use of Threats as Leaders

If we’re courageous enough, and impact enough people, someone somewhere will threaten us. Despite its inevitability, we can mindfully prepare ourselves for the moment – and emerge with our values intact.

4. Pay Attention to our own Emotions

When a threat comes across our space, we must first stop and pay attention.  I first learned about doing a body scan through the app Headspace. It’s a good one if you’ve never meditated before. The concept is this: Observe, with no judgement – only curiosity – the way different emotions show up in your body. For example – when I’m feeling anxious or stressed about a situation my chest gets really tight. If I feel my chest get tight, I stop for a moment and pay attention.

Lest you think this is woo-woo stuff let me assure you – the single biggest factor to being effective leaders is self-reflection. Understanding what emotions are showing up in ourselves allow us to calmly react in a conversation or situation with a detached conviction that lends itself to powerful leadership.

5. Feedback can be Interpreted as a Threat (though it shouldn’t be!)

One point that must be said is that often our animal brains will interpret any feedback as a threat of “not good enough” and evoke the same animalistic fear response as a true threat to our status or wellbeing. Paying attention to our own emotions helps us catch ourselves if our egos are running amok this way. We also need to understand this real gotcha for the people we lead – and skillfully create situations where the feedback is more able to be incorporated and heard. (Outside Blog Link: Why your Employees Might be Terrified of Feedback Sessions)

6. When Threatened, follow the Fear to its Logical End

I’m a big fan of the show This is Us, and one of my favorite characters is Randall – who likes to play the “worst-case scenario” game. In an effort to combat the fear of what’s to come, he likes to name all the possible what ifs, reconcile how he would feel if they happened, and then he is able to move on. If you are the recipient of a threat like I was, the only way to move forward is to follow its logical, fearful course all the way to the end – to the loss of the job, loss of the promotion, reveal of information you’d rather not be known publicly. And, in grappling with the worst case, we find that we are capable of meeting that scenario and emerging on the other side – scathed, perhaps, but stronger all the while. And if that ain’t power, what is? Lead on.