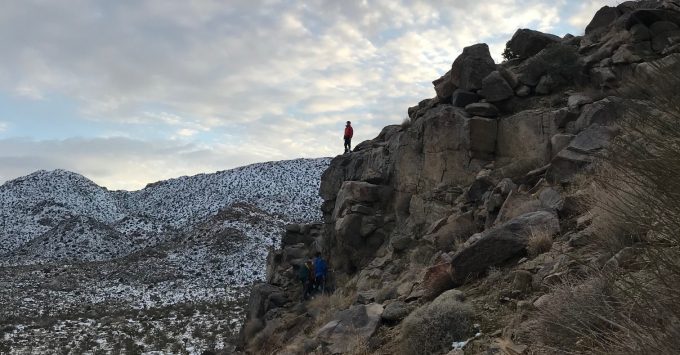 I got to spend some time with my old college roommate recently, and she and our families celebrated the New Year together (only my teenagers made it to midnight). Earlier in the evening I insisted upon a ritual.

And because she’s that kind of friend – the friend that encourages my unconventional desires to sniff out every corner and jump off most ledges – mere minutes later we had oragami paper to write down our hopes for the year, which we promptly burned in the driveway.

The burning lasted mere seconds and felt a bit anti-climatic.

What about you? Do you have year-end or season-beginning rituals? Are you overwhelmed with all the shoulds and resolutions and all these posts about reflection that in themselves feel overwhelming?

My current process (burning aside) to demarcate a new season or new quarter or new year is this:

1 Word – This concept is one that’s been circling around the internet for a while. The idea is to choose one word that summarizes your intention for the year, or season. It’s a word to put up on your mirror, write next to your desk at work, and call upon to remind yourself of what feels uniquely important for you this season. One year I chose the word “Home” as I wanted to spend time and energy both on making my home feel more cozy / put together AND on the people in it. I was at a gathering recently of friends who do the one word practice and each of us had wildly different words – one picked courage, another uncomfortable. This year I picked presence. There is no right or wrong word, only the one that resonates for you, for this time period.

That an intention precedes every thought and every action, and the outcome of your experiences is determined by the intention. – Oprah Winfrey

I’ve learned to be careful with intention though – one of the things I wanted to manifest last year was a new 4-wheel drive car. That intention did come to fruition – but not the way I would have planned! (having our car get totaled in an accident). Pick two intentions to generate energy around, and watch the power (and sense of humor) of the Creator of the universe.

90 Days to Live – Days after the car-totaling accident I was scribbling my 30/60/90 day list in my notebook. I let my pen flow. If I had 30 days, 60 days, 90 days left on this planet – what would I do? Who would I make sure to spend time with? What small treasures would I savor? This wasn’t the first time I’d done this slightly morbid, but surprisingly energizing and focusing, exercise. What was curious to me is that with such a focused timeline, it wasn’t the grand gestures that made the list (like the month-long dream vacation). What surfaced on that notebook was simpler – walks with my dog and time looking for hawks in the nearby park, a lingering dinner with my husband, finishing that work project I was proud of, seeing Hamilton with my son, visiting my nephews. That 30/60/90 day list spurred me to make those things happen and schedule and prioritize them sooner than later – including visiting my nephews the weekend after Dreamforce, knowing that I would be tired, but so grateful to be there.

Some of us may have friends or family who are struggling with health issues that remind us of the precariousness of life, or perhaps we’re facing something ourselves. What I do know is that none of us know the number of our days, and living as though they are finite – not in a reckless way – but in a way that reflects the sweet pleasures of this one wild, precious life, feels so good.